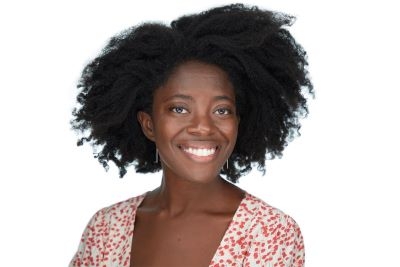 Several nonfiction books about antiracism have topped bestseller lists, and those books are some of the most requested in the Milwaukee library system. If you’re on the hold list for one, you might consider checking out a novel that deals with slavery and its aftermath or the contemporary Black experience. While you’ll also have to wait for new novels including Such a Fun Age by Kiley Reid, Deacon King Kong by James McBride, and The Vanishing Half by Brit Bennett, we suggest the following great reads available now:

In Homegoing, Yaa Gyasi begins with two sisters: One stays in Africa and marries a British colonist, while the other is captured and placed aboard a slave ship. The author then alternates stories from their descendants in Ghana and America over multiple generations. A moving, and at times heartbreaking, portrayal of their struggles. (Watch for her second novel, Transcendent Kingdom, this September.)

Before Colson Whitehead won a Pulitzer Prize for The Nickel Boys, he won a Pulitzer for The Underground Railroad. The latter follows slaves Cora and Caesar fleeing a Georgia plantation on very real subterranean tracks as they are chased by a slave catcher. It’s also worth digging into the talented author’s back catalog, notably Sag Harbor,  a coming-of-age story set in a Black community in the Hamptons circa 1985.

Tayari Jones explores the fate of a Black man who is imprisoned for a crime he didn’t commit, and shows how his conviction impacts his relationship with his wife, in An American Marriage.  Her first novel, Leaving Atlanta,  fictionalizes the Atlanta Child Murders of the late 1970s and early 1980s. Both works are excellent, but with Silver Sparrow  Jones outdoes herself, telling a complex, deeply empathetic tale of a bigamist living in the South and the two wives—and two daughters—he loves.

A two-time recipient of the National Book Award, Jesmyn Ward narrates the story of a Mississippi family in a trio of voices in her affecting road novel Sing, Unburied, Sing.  In Ward’s Salvage the Bones,  pregnant teen Esch and her family prepare for Hurricane Katrina along the Gulf Coast.

Marlon James offers a fictional account of a shooting that targeted Bob Marley in A Brief History of Seven Killings,  which earned the Man Booker Prize. Traveling further back in time for The Book of Night Women,  James brings to life 18th-century Jamaican slaves who hope to stage a revolt on a sugar plantation.