Entertaining Audio for Your Journey 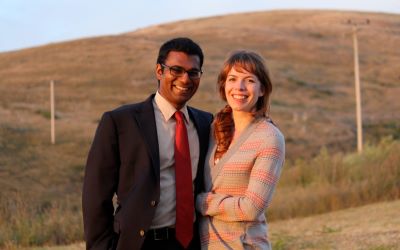 You may have heard the news that former first lady Michelle Obama launched a podcast on Spotify in late July. She plans to talk one-on-one with guests including journalist Michele Norris, TV host Conan O’Brien, and former President Barack Obama, according to Entertainment Weekly.

The author of Becoming  is only the latest figure to turn to podcasting during these times. Brené Brown began offering her podcast, Unlocking Us,  in March. The shame researcher mixes up the format for different episodes, interviewing writers and entertainers, answering audience questions, and simply tackling the topics, like vulnerability and fear, she knows best. We loved the episode with Celeste Ng, author of Little Fires Everywhere.

Our latest obsession is the nine-part podcast Dolly Parton’s America.  Radiolab’s Jad Abumrad wanted to explore how Parton seems to be a unifying figure, with a diverse fan base that spans generations and the political spectrum. Abumrad and his producer chat with academics, students, Parton’s relatives and Parton herself in episodes that dig into her songs, career, amusement park controversy and much more. He’s an excellent storyteller, and you don’t have to be a Dolly devotee to appreciate this series—though you may very well admire her by the end.

The audiobook Euphoria  by Lily King runs under 7 hours and will stun you with its powerful story of three anthropologists entangled in a love triangle. It’s told from the perspectives of two of them: Nell, a character inspired by Margaret Mead, and Bankson, who falls for the married woman. Through their study of tribal people in New Guinea, King provides a fascinating look at how anthropologists work and reveals the complexities of their field.

For a beautiful perspective on what really matters, listen to When Breath Becomes Air,  Paul Kalanithi’s memoir. The neurosurgeon was diagnosed with lung cancer as he was wrapping up his residency. He was always interested in finding meaning through writing and literature. In fact, he studied both biology and English at Stanford, also earning a master’s in English there before pursuing medicine. Don’t be put off by a sad ending; this story is about living fully.

The irrepressibly curious Mary Roach has written books about cadavers, the afterlife and sexual physiology. In Gulp,  she shares tales that enlighten us on various stops along the “alimentary canal,” aka our digestive system. She starts with the nose, which leads her to a woman whose extraordinary sense of smell helps brewers fine-tune their batches of beer. Guaranteed to make you laugh and maybe even help you in your next trivia tournament.

Photo: Paul Kalanithi, author of When Breath Becomes Air, with his wife, Lucy